Ever tried and failed? It happens all the time, right? But what if you could save the life of a person and were not able to. That is a regret one wouldn’t want to live with. Enter our protagonist, Satoru Fujinuma, a 29 year old, a failed mangaka and part time pizza delivery boy.

He had failed to save a mysterious classmate in his elementary school years but the memory of last seeing her alive in the park during one cold winter night still haunts him.

Not only this, he is gifted with the phenomenon of “Revival” which means that he gets to relive the moments just before an accident.

He has successfully evaded lots of mishaps but is unable to come in terms with guilt from the past. 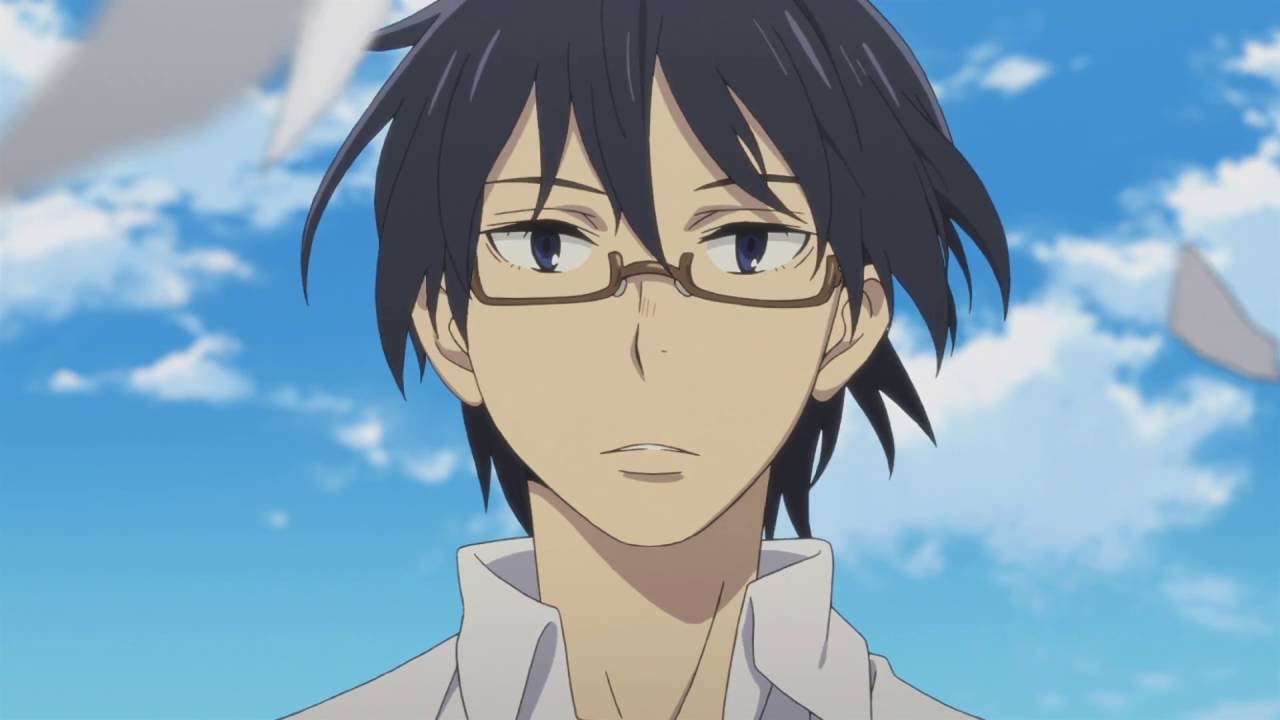 “Every day, the words cross my mind. “If I had done this back then…” but they don’t take the sincere form of regret. The words are just an excuse that come to my mind then disappear.” – Satoru Fujinuma

Satoru’s mother is murdered after which a revival takes him back in time. This time he is thrown back to when he was an 11 year old elementary school student in Hokkaido.

There were serial killings that took place during the time involving three children including his classmate Kayo Hinazuki.

The trope of adult travelling back in time to change the events as a school child makes for an interesting plot. The hero tries hard to overcome his limitation of physically being a child and connecting with other characters gradually.

The set of children along with few adults are likeable characters that show development throughout the plot.

Satoru’s mother is one loveable character who understands her son very well both as a child and as an adult. The depiction of mother-son relationship is unique.

It is refreshing for an anime as mothers do not usually play such significant roles in unfolding of plots.

The friends of young Satoru are believable characters who seem to be growing up together with elements of friendship and adventure.

The present time has Airi Katagiri, the only character interested in Satoru, who is otherwise invisible in the present world. It has made Satoru an unmotivated person who tries to redeem himself by helping others through revival.

Satoru tries to discover the mysterious serial killer who targeted children during his school days. The murder of his mother is related to those past events but he has yet to figure out how.

He also has trouble with his memories initially when he travels back in time as he had forgotten about various events in his past.

Eventually he begins to connect the dots but realizes the killer too late. An avid anime watcher will guess the perpetrator early on but it will not cease the interest in the show.

Even in the end, it is not just about the murderer but how the characters have evolved in spite of everything.

“Believing in someone.” That’s a weird phrase, isn’t it? After all, if you truly believed in a person, you wouldn’t need to say, “I believe you.” It’s like saying, “I believe in air.” I don’t mean to say that “believing in something” is like a lie. “Believing” is really a term of hope of wanting to believe.”

The anime has 12 episodes but the use of cliffhangers will make for a binge watch. The animation and characters are pleasant to the eyes.

The use of adult voice for young Satoru is as an effective tool to juxtapose the adult Satoru with the younger one. Also the background music is appropriate and flows smoothly throughout the show.

The show overall is an emotional rollercoaster not restricting to a particular genre. Broadly a psychological thriller, it has elements of coming of age, slice of life, drama, friendship and adventure.

Additionally themes of abuse, murder and vengeance brings out the darker side. Just watch the first episode, the rest will follow.

Ayushi is a boring banker by the day and a fandom worshipper by the night. She loves to (emotionally) write about what she reads, watches or observes. She hopes to make her work interesting enough to be read by others of similar interests.

Check out the Hallyu Wave

For Otakus By Otakus

Junji Ito is the master of Japanese horror manga, and these are just the tip of the proverbial iceberg with other more remarkable stories I might have missed out on. I’m so sorry, but here Read more…

This year’s most anticipated anime has dropped, and from now on, Attack on Titan fans will be in a constant state of excitement over the next few weeks. Eren has grown a lot from a Read more…

Writing manga stores in China or how to purchase manga in China can be a long charade of work. Firstly, it is sporadic to find the perfect bookstore, and even if you’re able to find Read more…